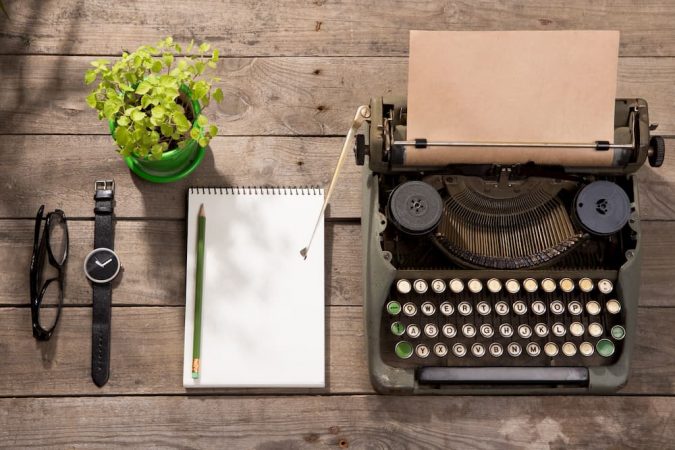 One of the best ways to get better at writing is to read great writing. Similarly, the only way to teach students how to create exceptional yearbook copy is to absorb and share as much great writing as you possibly can.

Here’s why: Good writing serves as a model of excellence for flourishing writers. It has the ability to teach and inspire at the same time. (Talk about powerful stuff.)

Encouraging your staff to spend time reading—and imitating—good writing can drastically improve the quality of the yearbook copy they produce for your book. If your goal is to include yearbook stories that capture the minds and hearts of your community even more than the photographs do, reading and discussing great nonfiction is key.

Ideally, you’ll be doing that before, during, and after a yearbook writing assignment, but we get that there are other parts of the book to cover, as well. In any event, we figured we’d give your reading list a jump start by pulling together seven pieces of truly exceptional nonfiction.

It’s probably worth noting that none of these pieces appeared in a yearbook. And there’s a reason for that. From saving a local library that has served a downtrodden community’s lone bright spot, to exploring the philosophical underpinnings of cooking live lobsters, these pieces offer young writers a guide to finding their voice and inspiration to chase a great story. They also happen to give you some great teaching material.

Besides, we’ll pretty much guarantee you’ll walk away from each piece with beautiful prose flitting about your head, and tears (of joy, laughter or sadness) in your eyes.

“The North West London Blues” is a piece in defense of the Willisden Green Library, a place she frequented as a child and that clearly functioned as a cornerstone of the community. Set to close and make way for commercial endeavours, the story is built around a community’s peaceful protest of the library’s closing. Smith talks through her own experience with and passion for the library, generally speaking, as a necessary component of any community, and does so with beautiful prose.

Her sprawling narrative introduction gives way to highly descriptive writing that weaves personal experience with an argumentative streak yielding a piece of writing your staff will love. Stylistically, Smith deploys parentheticals throughout the piece in an interesting way, using them to insert long swaths of supporting information, as if the speaker grabbed a snippet from a pertinent Wikipedia page.

Share this story with students who might enjoy weaving elements of personal narrative and rich description in a piece shedding light on a serious economic or social problem impacting the school community.

“Well-run libraries are filled with people because what a good library offers cannot be easily found elsewhere: an indoor public space in which you do not have to buy anything in order to stay.”

Since the likelihood of your yearbook including a profile of some sort is rather high, knowing what a great one looks like is imperative. A profile shouldn’t be an all-out fluff piece, an unabashed celebration of an individual. But writing something that allows readers to get a glimpse of the subject without deifying them can be quite difficult. It requires tact, a strong voice, and the ability to sift through facts and quotes, determining what matters most before spinning it into a cohesive story.

“Taylor Swift Runs the World” is an exceptional example of a profile piece. Klosterman’s patented style (gratuitous hair metal references and self deprecation) makes for a great read, and the stark contrast it creates when compared to the version of Swift depicted creates great tension throughout the piece. Chuck Klosterman is a criminally underrated national treasure. The guy’s hilarious, impossibly smart, and writes with a truly unique voice.

“There’s simply no antecedent for this kind of career: a cross-genre, youth-oriented, critically acclaimed colossus based entirely on the intuitive songwriting merits of a single female artist. It’s as if mid-period Garth Brooks was also early Liz Phair, minus the hat and the swearing. As a phenomenon, it’s absolutely new.”

“Consider the Lobster” is probably more of an assignment for an AP English class, where you’d discuss the underlying philosophical argument, and take turns wrestling with the obscure language and the paragraph-length tangential deep dives. You can read the essay’s eight pages over and over and come away with your mind blown every time.

David Foster Wallace is (in)arguably the most prolific essayist of the 90’s/aughts. His footnotes are often more illuminating (and more wonderfully written) than entire volumes produced by his peers. This essay is an interesting, off-kilter entrypoint into existential philosophy and the opulent-ish world of gourmandizing.

Share this with your staff as encouragement to find their voice (no matter how “out there” it might be). Just be sure your staff doesn’t try too hard to emulate DFW: it’s impossible!

“Is it all right to boil a sentient creature alive just for our gustatory pleasure? A related set of concerns: Is the previous question irksomely PC or sentimental? What does “all right” even mean in this context? Is it all just a matter of individual choice?”

“The life and times of Strider Wolf,” by Sarah Schweitzer

If this one doesn’t make you cry, you’re wrong.

Written over the span of months, Boston Globe reporter Sarah Schweitzer’s soul-wrenching story runs the gamut, detailing the life and circumstances of a young boy from rural Maine named Strider Wolf. A victim of horrific abuse, abandoned by his parents, and raised by his grandparents, Strider somehow manages to emit glimpses of optimism and happiness on a daily basis. This is a phenomenal example of telling an utterly tragic story with tact and beautiful prose, and the perfect way to introduce your staff to emotionally impactful writing that isn’t overdone.

An added bonus: the accompanying photography won a Pulitzer, so be sure to share this one with your whole staff.

“A few weeks later, shortly before the end of school, Strider sat alone, under a DARE sign, curled into a wall alcove. The lunch ladies in blue smocks had piled his tray with potatoes and carrots and chocolate milk, but he picked only at a package of Pillsbury mini-bagels. It was grab bag day. A dollar bought a brown paper bag of goodies, like pencils and erasers. Two mothers from the PTO were stuffing bags at the table over from him. Lanette had told him that morning she didn’t have a dollar.”

Read “The life and times of Strider Wolf” here

It revolutionized the way people write about sports. It’s a sociological study of small-town Texas in the late eighties. You loved the TV show. Football season is over. Need I go on?

Bissinger’s essay (and book, if you haven’t read it) chronicle a Texas high school football team and the surrounding community in the late 1980’s. An outsider (from Philadelphia), Bissinger became a part of Odessa, learning the town’s racial, social, and economic machinations, and penned his book in a way that tackles (had to) these themes very much head on.

While it’s unlikely your yearbook will feature pieces riddled with racial undertones, Bissinger’s ability to write about stories that didn’t take place on the field—as well as the actual accounts of football being played—in “Friday Night Lights” are excellent examples for your staff to check out.

“Crousen was saddened and dismayed. He couldn’t help but wonder if Boobie, because of his natural athletic ability, had gotten too used to having everything handed to him.

This August, while other college players prepared for the beginning of football practice, Boobie stood in front of his home in the Southside, chatting quietly with members of his family. It was then that his cousin Jodie found out that Boobie wasn’t going back to Ranger and would sit out a year. She was shocked and worried.

“You’re just going to rust up, “she said.

Don’t be shocked if you read this piece by Eat, Pray, Love author Elizabeth Gilbert and decide to move to the heart of Appalachia to build yourself a yurt and start clearing trees for fields.

“The Last American Man” is another profile, though on the opposite end of the spectrum; instead of the subject being someone of unimaginable fame, Gilbert details the life and philosophy of a man who has chosen to eschew mainstream society, instead preferring the simplicity and joy of self-sufficiency (think Chris McCandless with more know-how and much better luck).

If you have a staff that swears its high school is so boring they’ll never be able to find a unique story inside its four walls, show them this. Gilbert proves that anyone, anywhere can be fascinating.

Warning: There are a handful of F-bombs in the introductory paragraphs.

“Eustace hated to blow its beautiful head off, so he took his knife from his belt and stabbed into the jugular vein. Up came the buck, very much alive, whipping its rack of antlers. Eustace clung to the antlers, still holding his knife, and the two began a wrestling match, thrashing through the brush, rolling down the hill, the buck lunging, Eustace trying to deflect its heavy antlers into trees and rocks. Finally, he let go with one hand and sliced his knife completely across the buck’s neck, gashing open veins, arteries and windpipe. But the buck kept fighting, until Eustace ground its face into the dirt, kneeling on its head and suffocating the dying creature.

That’s what living in the woods means.”

“Death of an Innocent,” by Jon Krakauer

A lot of high school students read Jon Krakauer’s Into the Wild. It’s a classroom classic; why not show your staff the essay from which it spawned?

“Death of an Innocent” manages to combine a series of interviews, passages from McCandless’ own journal, scientific research, and even snippets of Krakauer’s own time spent wandering after college, to create a fascinating piece.

Pay particularly close attention to the way Chris McCandless is characterized. Is his rugged individualism heralded, or is he painted as a brash young man woefully under-equipped for the circumstances he sought out? Is there even a definitive answer to this question?

“His education had been paid for by a college fund established by his parents; there was some dollars 20,000 in this account at the time of his graduation, money his parents thought he intended to use for law school. Instead, he donated the entire sum to Oxfam. Then, without notifying any friends or family members, he loaded all his belongings into a decrepit yellow Datsun and headed west, without an itinerary. Chris McCandless intended to invent a new life for himself, one in which he would be free to wallow in unfiltered experience.”

Read “Death of an Innocent” here

Read them. Learn from them. Teach with them. Talk through style and technique, pointing out the rhetorical devices and artistic flourishes that your young writers might incorporate into their yearbook writing.

Most importantly, though: enjoy. 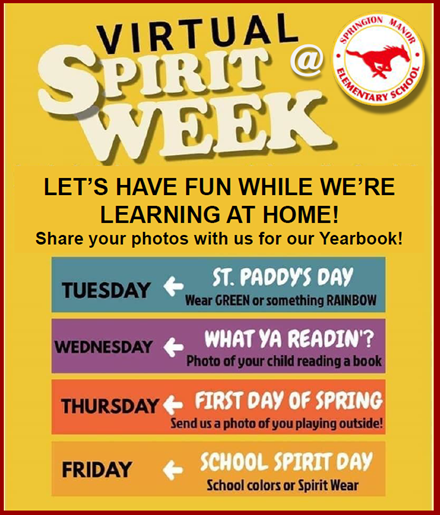 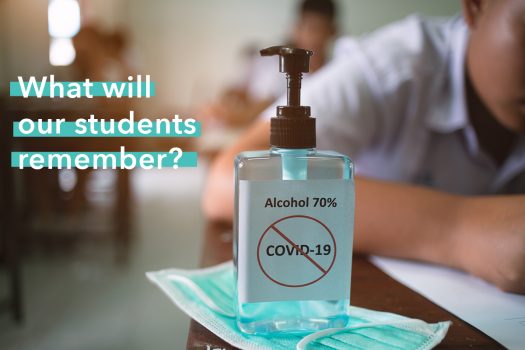 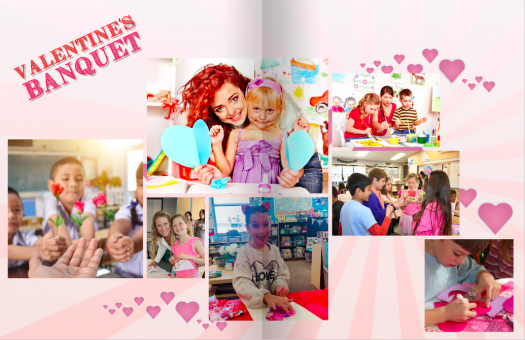