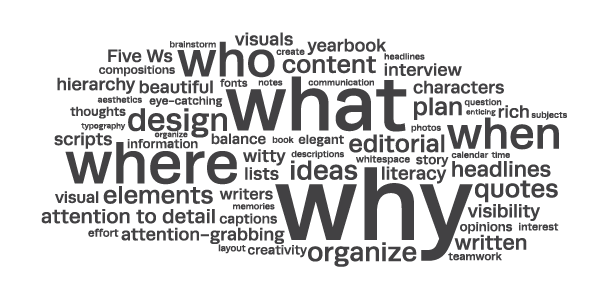 OK. You picked a yearbook theme and established a style guide after visiting our Yearbook Ideas page. You’re all set to start tinkering with ideas for page layouts, right? Not so fast. Before you start diving into design, you’ll want to put a yearbook content plan into place.

Talk to a designer and a writer and you’ll usually get two different answers to the question of “what comes first: the design or the yearbook content?” A designer will tell you that he or she needs the content to put together a beautifully designed yearbook page. A writer will usually tell you that he or she needs to see the design to write that attention-grabbing headline and witty photo caption.

You might be asking yourself who is right. The answer, of course, is they both are. To solve that conundrum, it’s time to establish editorial calendars (which we’ll cover in another post) and content plans.

Yearbook content planning can help prevent designers or writers from becoming frustrated by giving both people the information they need to start their work with the background information they’re seeking.

To create a successful content plan, you’ll want to outline your story by answering the “Five Ws” (who, what, when, where and why).

Take, for example, a page about a school’s drama club. You can outline the key elements of the club’s year by creating a bulleted list of each question and answering in one to two sentences:

1) Who? The Drama Society. There are 50 students from the school involved.

2) What? The Drama Society performed The Laramie Project and Cabaret.

4) Where? The plays are held in the school theater.

Having the answers to these questions on paper will give you all the information you need to tell you story.

When you answer those questions, you have one, final question to ask yourself: How?

We talked last week about how a spread on the championship football team could feature a large photo from the winning game (with smaller photos highlighting other aspects of the season). You could also run the schedule with the results or feature quotes from the coach and team captains.

Doing it all, though, would create a crowded page that would confuse a reader’s eye and make them feel lost. So, deciding what you want to do requires planning. That’s exactly what your content plan will do.

Like the football team, the Drama Society page could quickly get “too busy” visually if we don’t put a plan in place.

Our club held two plays this year, sold them both out and had more than 50 students involved. There are a lot of positives to highlight.

Divide the way you will tell your story into three key areas: editorial content, visual page elements and headlines and photo captions. Under your “Five Ws” list, create another for each of these areas, leaving more room for notes. Doing this will allow you to determine how to best tell the story of the Drama Society’s successful year.

To complement the “preparation” theme we’ve established for the editorial content, the smaller photos for the page are going to feature the set building process and our actors reading from their scripts. The major photos on the page will be shots from the plays. In the background, we’ll have a watermarked “curtain call” photo – a nice touch to make sure everyone from the club makes it onto the page. It also pulls our story full circle: the set building, the rehearsals, the live performances and the “bow.”

Since our editorial content and photos are complementing each other, our headlines and photo captions should, too. To do this, we’ll spend time looking at our writer’s interview notes to see if anyone had a good quote to highlight or to see if a theme emerged.

With all this information down on paper, our designer, who has a page layout in mind, can consult the plan to determine whether five photo boxes are enough to properly tell the story of our Drama Society. She can start putting together the page and creating space for two columns of editorial content, a headline and caption boxes for each photograph.

Meanwhile, our writer knows that she has 250 words to tell the story of how a play comes to life, 70 characters to write a headline and caption boxes that are large enough to identify everyone in the photos.

Responsibilities are clear for both the writer and designer and neither had to wait for the other to complete a task. Bravo! 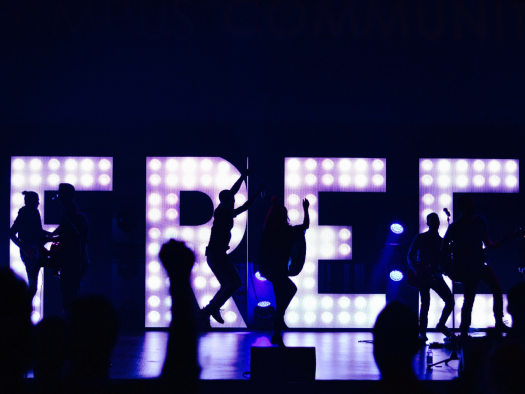 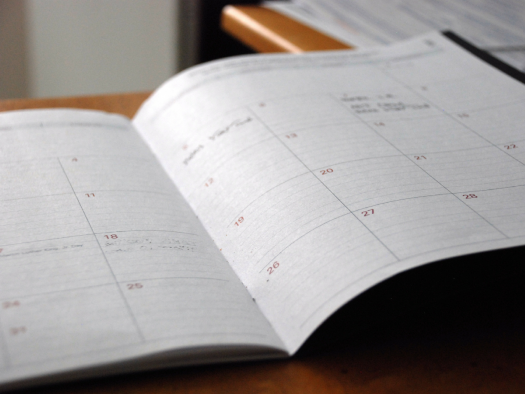 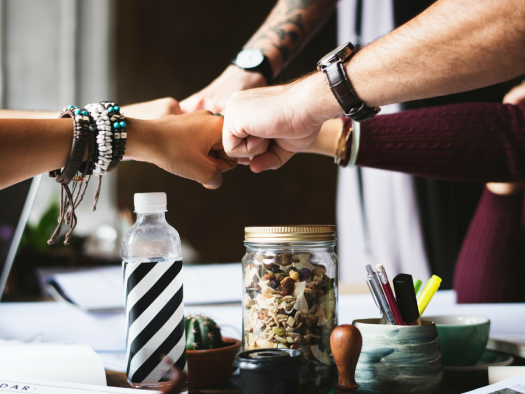 How to Structure Your Yearbook Staff to Fit Your Needs